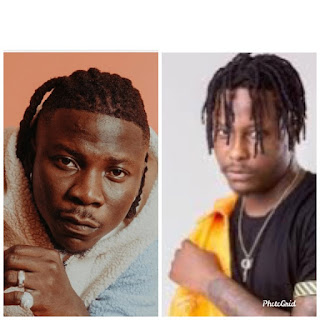 It was all fun at the just ended MTN 4syt  Music Video awards as artistes such as Sarkodie,Shatta Wale and Stonebowy thrill patrons to the brine .

Stonebowy and shatta Wale as usual displayed unity and brotherhood as shatta Wale at a point in time dashed his award to Stonebowy to strengthen their unity .Also,Stonebowy while performing went to Shatta Wale and gave him a hug .

While Stonebowy was performing his kpok3k3 song ,he paused and showered praises on himself ,Shatta Wale and Sarkodie as well as Samini

He called Ghanaians to protect them as they should be seen as national assets and that it would take years for the nation to get artistes like them .

However,he also threw a subtle Jab at his former signee Kelvyn boy as he put it “Upcoming artistes who don’t respect should sit well “

This is in relation as Stonebowy has always said Kelvyn has no respect for his predecessors .