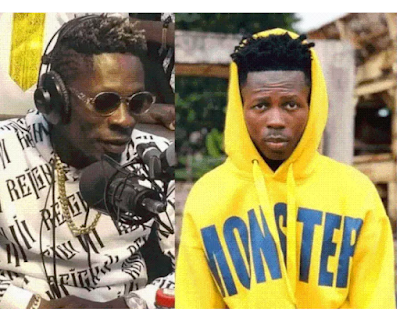 The desire of rapper Strongman to either
feature or be featured by dancehall act,
Shatta Wale in a song is almost
becoming
a mirage, the rapper has revealed.
The rapper made the revelation in a
tweet,
saying even though he has expressed his
desire to work with Shatta, the latter has
ignored his appeal for a collaboration.
He made the revelation when a fan
chided
him for laughing off a question about a
possible collaboration with Shatta during
his question-and-answer session on


way of telling you that the feature won’t


happen, he replied the fan who tagged

when he publicly begged Shatta Wale for

has been left unattended to. 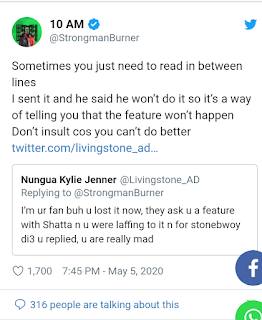