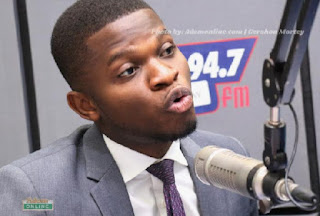 A few hours after five officials believed to be from the Bureau of National Investigations arrested the National Communications Officer of the National Democratic Congress, the outspoken stalwart has been granted bail.

Sammy Gyamfi was arrested while heading towards his car after participating in a television discussion on Accra-based UTV.

The arrest is believed to be connected to ongoing cybercrime offences leveled against him by the Jubilee House.

In December last year, the Criminal Investigations Department (CID) of the Police Headquarters commenced investigation into a case of forgery and publication of false information targeted at tarnishing the image of the Akufo-Addo government.

He subsequently filed a suit at an Accra High court asking for his arrest warrant to be overturned.