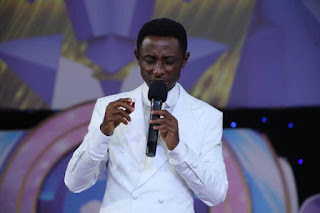 PASTOR KELVIN KWESI KOBIRI HOT OVER UNPAID INVESTMENT.
The General overseer of Zoe Outreach Embassy, Pastor kelvin kwesi kobiri is in uncomfortable condition as some of his church members and outsiders are also complaining bitterly over unpaid money investment.
Some of the members of Zoe Outreach Embassy and those who invested in EL-Real estate Are complaining bitterly over the unpaid investment.
Pastor kelvin kwesi kobiri started with Cikore Investment and latter change it to EL – real estate and finally to EL – Gold.
These has led to many of this church members stopped the church beacuse of their locked up investment because Pastor Kelvin Kwesi Kobiri is unable to pay their investment to them.
Some of the members of Zoe Outreach Embassy are also saying that their pastor kelvin, is called by God and he is not a Fraud man us some people are saying, Because pastor kelvin has been healing the people for free.
One of the Organizers for Cikore Investment, EL- real estate and also EL- Gold, speaking on Excellence Fm in Accra, On a Programme hosted by Kwaku Adwenpa as the host, One of the organizers called Richard Alinka in Tarkwa, said to him that pastor kelvin is totally a fraud man and not a man of God he has ended up deceiving many people and making many lives broke.

The members of EL- real estate, on the November first wanted to storm the church for their money like they did the other time but pastor kelvin never show up that sunday and that sunday was the first sunday of the month and they were supposed to have a new Covenant Service but because of this, the church run away and went to have the church at Dodowa Branch.

The customers and some of his church members are still demanding for their money because pastor kelvin doesn’t want to pay them.
The members are therefore calling on the media, and also want the support from the government so that they can receive their money back.

YOU CAN CALL THE ORGANIZER FOR MORE:
Richard Alinka (Tarkwa- 0249883766)
Story by: Opanyin Kwadwo(Excellence Fm )

Kidi Pulled a supprise at his fans by unveiling his 3years old son.

Kidi Pulled a supprise at his fans by unveiling his 3years old son.